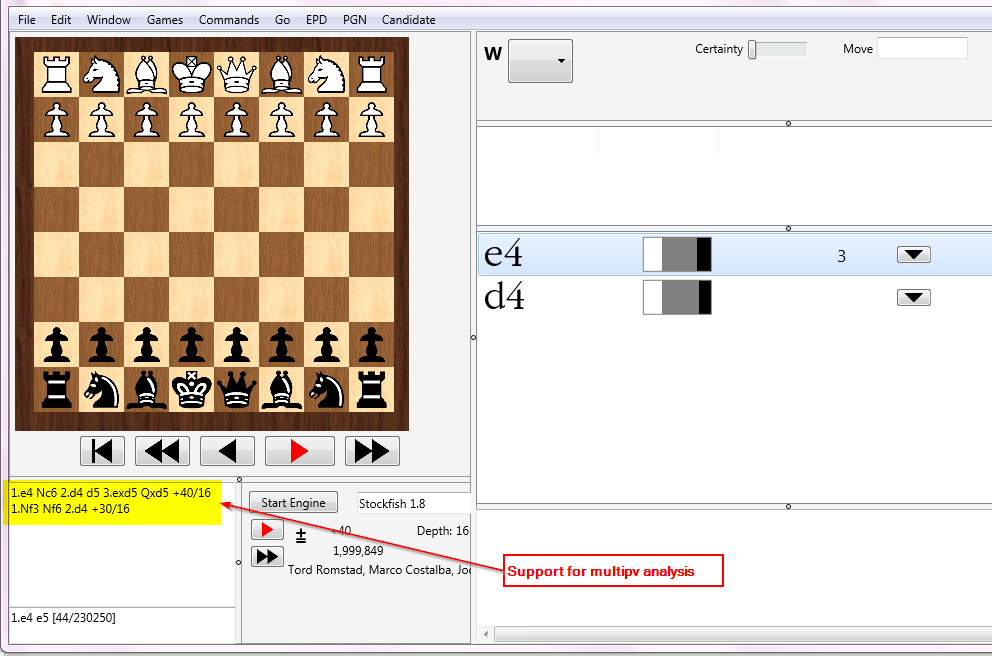 The program does its own version of multipv analysis as you can see in the screen shot you posted. What I've found is that the multivariate analysis (by most engines) reports similar variations where the variations are identical except for the last few moves, say. That's less handy than seeing what COW actually displays which is usually a variation with a completely different starting move for comparison.
-------------------
Mike Leahy

MikeAtBookup wrote:The program does its own version of multipv analysis as you can see in the screen shot you posted.

Mike the highlighed text is edited by me, it is not an output from COW.


MikeAtBookup wrote:What I've found is that the multivariate analysis (by most engines) reports similar variations where the variations are identical except for the last few moves, say.

Not sure about that.

Here is an example of an engine run under arena gui with multipv 3.
From start position

MikeAtBookup wrote:That looks correct. In the case you quoted, COW would show the first and second principle variations just as you'd expect. 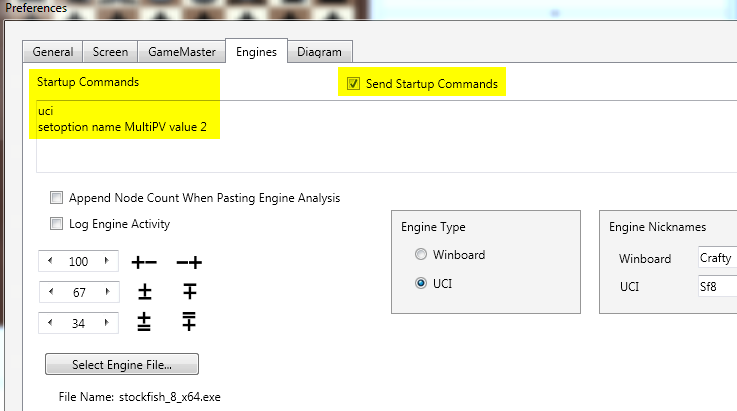 and I get this. 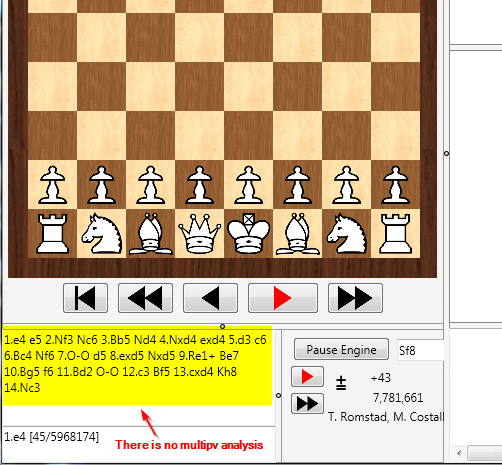 I did not notice that you had doctored the text in the original screen shot.

COW puts the primary variation in the upper pane. In the lower pane, it puts the last significantly varying principal variation, if the engine has reported one. This is not the same as supporting the engine feature of multipv analysis which COW does not do.

The advantage of COW's approach is that it covers the more common cases where the principal variation and the next best variation start out with the same move.

Conversely, if the position has only one clearly best move (recapturing a piece, say) then COW's approach is more elegant where the engine's multipv approach is going to show moves that should never be considered but it had to report them to give multipv analysis.
-------------------
Mike Leahy

The idea behind multipv is that the user may understand the position better. He will see direct specific replies from different pv moves of the position. By following the analysis of those lines his learning will be improved. Even if one or more of the pv moves are not optimal he will be able to see how to refute those lines effectively.
Chess Opening Wizard Professional Build 68
Windows 7 Professional
Top

MikeAtBookup wrote:Everything you said holds true for the way COW does Multipv analysis currently and for the way chess engines do Multipv analysis except that engines (in that mode) are required to report other really bad moves if there is only one reasonable move. COW doesn't do that.

You are correct that COW does not show the best K first moves like engines do. Instead it shows the top two variations, including a second one only if it's reasonable, and allowing the second variation to start with the same move(s) as the first one if the engine hasn't reported a second variation worth considering that starts with another move.
-------------------
Mike Leahy